Popular social media commentator, Reno Omokri has used a new technique to respond to messages and comments from his female followers.

The former presidential aide had shared a post admonishing Christians on the ethics of marriage on his Instagram page.

Omokri who got the message decided to act fast before further step is taken by the commenter.

He created a subsequent post written by his wife and tagged the female commenter to inform her that she reads and goes through every message and comment sent to her husband’s social media accounts. 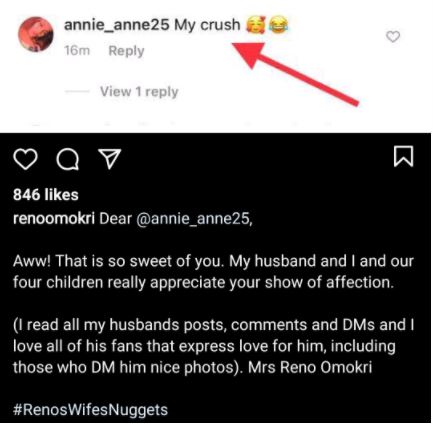