Boarding school is a major educational option for many parents and students.

For a significant number of students, boarding is a necessity due to distance from suitable schools or for want of closer monitoring and bonding. For other students, attending boarding school represents a choice and access to greater educational resources. 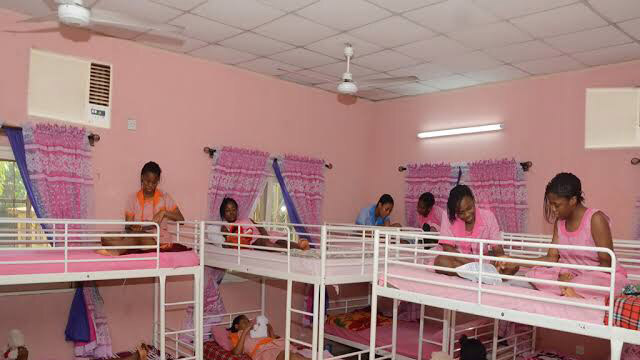 Students in a standard hostel PHOTO:www.kiiky.com

While the educational experience at the boarding school is important for personal, educational growth and development, itâ€™s also a precursor to life after school.

As an institution of learning where students live within the school premises for the duration of their studies, boarding schools are meant to aid learning ability.

Over time, the boarding system has been a preferred choice for some parents, especially, those who are of the opinion that the system has the advantage for their children, to build social maturity, personal growth, make them academically independent and help with peer learning.

However, recent developments in boarding schools in Nigeria have triggered outrage in society and are making parents have a second thoughts.

Aside from academic performance, which many schools flaunt, issues of supervision, conduct, abuse, moral rectitude and bullying have dominated the media space.

For instance, in December 2020, a woman, Deborah Okezie, posted a video on Facebook, where she cried out that her 11-year-old son, a JSS1 student of Deeper Life High School, Uyo, was sexually molested by his seniors when her son was switched from his hostel to another hostel filled with senior students.

She said her son was frequently starved and beaten up by senior students.

According to reports, Akpagher died from hyperglycemia triggered by sepsis resulting from an infection caused by a condom found in her private parts. It was alleged that she was defiled in school and the incident was concealed from her parents.

In November of the same year, Dowen College, Lekki, was in the news over the death of a JSS 2 student, 11-year-old Sylvester Oromoni, who was allegedly bullied by some students.

In April, this year, a 10-year-old pupil of Chrisland School, Lagos, was involved a sex scandal during their trip to Dubai, United Arab Emirates.

These separate situations are causing many parents to rethink the safety of the boarding system.

Speaking on the way to tackle this national challenge, National Coordinator, Concerned Parents and Educators Initiative group (CPE), Kemi Koleowo, said the boarding system cannot be scrapped in the school set-up but could be upgraded and guided in their operations.

She explained that there are parents, who by virtue of their work, may not be able to cope with having their wards attend school as day students. For parents in this category, putting their wards in boarding school is the next option available for them to explore.

Koleowo stated that boarding schools could be made safe if qualified personnel, who have been trained in being housemasters/home mistresses, are employed by schools to run activities in the hostels.

â€śThese housemasters/home mistresses are to be on the ground 24/7 with the understanding of keeping an eye on students even at night. It must be full-time employment or a shift is run to avoid stressing them.

â€śEvery child is a potential rule breaker if not checked. In view of this, there must be a monitoring team that will be out to make sure that students keep to the rules and offenders are punished as a deterrent to others.â€ť

The coordinator stressed that parents must also be carried along, while there should be interactive sessions to discuss and rob minds on the best ways to keep students engaged and cooperative with the system.

â€śParents/Teachers Associations should be involved in running boarding facilities so they can monitor the competence of those working with the students,â€ť she said.

A teacher, with First Class People International School, Jericho Idi-Ishin, Ibadan, Toyin Ijagbemi-Eni, observed that the boarding school system was introduced by Christian missionaries to Nigeria, because they needed to have enough time with students and touch every area of their lives positively.

â€śBalanced diet meals were served, white bed spreadsheets, white underwear, white socks and brown sandals. The use of cutleries was made compulsory at dining times. Chapel was attended in white on white.

â€śThose were the days when the school environment was better than the home environment, parents of those days were not educated. If there were no boarding system, the children could have found it difficult to cope because most parents did not understand why their children should not be on the farm by 6:00 am each day.

â€śThe boarding system is interesting for positive reasons, students are more organised and in most cases, have more time for studies.

Speaking on where the system went wrong, Ijagbemi-Eni, said instead of copying the level of attention that missionaries gave to students and their dedication to work, Nigerians gave out big posts to people who donâ€™t have the time to administer their task.

She said some principal officers donâ€™t even know that theyâ€™re supposed to do night checks every day, noting that only a few boarding schools have the right set of people to look after students.

Ijagbemi-Eni said: â€śRecently, I read a womanâ€™s report, how her daughter had sneaked out of a Federal government school and was not noticed until after three days.

â€śWe got it wrong when we gave the cane to senior students to beat up their juniors. Under no circumstance should any senior be allowed to beat junior students, they are all children; they donâ€™t have the training and experience. Many senior students have wounded juniors in the past and itâ€™s still happening in hostels with little or no supervision.â€ť

The teacher noted that most parents donâ€™t even know what to check in a boarding system to assess it.

Ijagbemi-Eni said parents should ask questions. â€śThey should ask who are the people managing the hostel, which category of people are they? Are they trained for the job or is it just assumed that any adult will take care of children? What experience do such hostel workers have? What about the spiritual lives of students? Does it go with what you want for your child? Many other children without a good upbringing are in school, how ready are the schools to correct the faults? How is the hostel? Are mosquito nets fixed? Can you perceive any form of smell from the bathrooms? How white are the toilet seats and how many students per toilet? I know one big school where 40 students are using one toilet.

â€śFeeding must not be economised. This is difficult to know, if principal officers are not always present at dining, they may not even know that children kept in their care are suffering.

â€śBoarding school system is not cheap, if you canâ€™t afford a good boarding school, please keep your children at home,â€ť she advised parents.

Founder & Lead, Florish-Gate Global Consult and Bring Back Primary 6 Movement, Dideolu Adekogbe, said boarding schools are set up to provide support for children whose parents are not available because of work; nurture students for total growth and development; expose them to basic social and collaborative skills; encourage co-existence, moral and godliness among others.

Adekogbe noted that what is prevalent now is beyond expectations, as many boarding schools do not have required facilities, and trained staff and lack the supervisory capacity to monitor children in their care.

â€śIn my opinion, not all boarding schools are safe, except those that are able to fulfil the earlier highlighted points and are continually on top of their games.â€ť

However, she maintained that boarding should not be scrapped, but can be subjected to strict monitoring and restricted to Senior Secondary School students alone. Let parents nurture their children through Junior Secondary schools,â€ť she said.

Adekogbe said the government must wake up to its responsibility of providing leadership, instruction and direction for the operations of schools and boarding particularly.

She stressed that government must collaborate with schools to ensure strict policy adherence for admissions in terms of age, the right proportion of students per room and staff, and enact and implement child safety and protection policy.

Adekogbe said with such partnership, government and schools must also provide security for school premises, including installation of monitoring devices, fences and CCTV surveillance systems.

She also stressed the need for school management to provide leadership and proper monitoring for students.

â€śQuality control unit of government and school must work in favour of students. While parents must provide honest information about their wards that will help the school to support them, sanctions must be given to violators of school rules and regulations, including parents, staff and students.

He said though society today is different from what was obtained in the past, there were cases of bullying, drug abuse, cultism, drunkenness, sexual abuse, stealing, fraudulent practices and corporal punishment.

â€śI went to a boarding school where I witnessed these vices. As the society has degraded morally, the product of the society also has learnt these vices and taken them to school.â€ť

Bodam said to curb vices in boarding schools; there must be proper supervision of students at home by parents and in schools by teachers and housemasters.

He stated that moral and sex education should be made compulsory for all categories of learners, irrespective of religious affiliations while canvassing for CCTV cameras to be installed in boarding schools to monitor students.

â€śThere should be restrictions on the use of social media in learning institutions and only approved educational websites should be allowed.

â€śThere should be heavy punishment for perpetrators of such acts, irrespective of their social status or position.

â€śCounsellors should be employed in all schools to counsel students from time to time. Regular drug tests should be carried out on learners by approved organisations.â€ť

Bodam added that all forms of unlawful societies should be banned in schools with stiffer punishment to discourage students from engaging in them, while children should be encouraged to have good role models who have excelled in their chosen profession.