To promote the appreciation of other cultures and learning of more languages, the Confucius Institute joined Grace Children School, Gbadaga, to celebrate the Foreign Language Day.

The school celebrated the importance of foreign languages such as Chinese, French and English in the modern century. 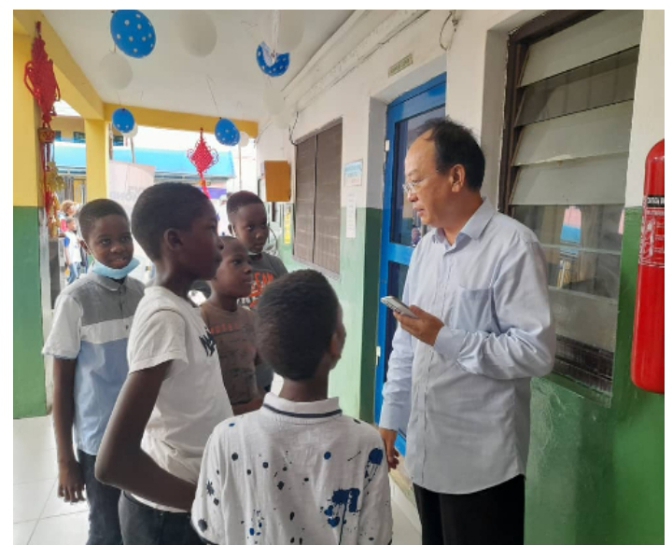 Grace schools which consist of creche, children school and high school is the first teaching site for the Confucius Institute in Lagos. Over the years, it has actively promoted the teaching of Chinese Language, culture and civilisation amongst its pupils.

Speaking at the event, Chinese Director, Prof. Zhao Hongling, spoke on the importance of learning a foreign language like Chinese in the society today. He said China and Nigeria are developmental partners, stressing that across the country Chinese firms are assisting in developmental process.

Hongling educated the students on the numerous opportunities that await them after studying Chinese Language at the High School. 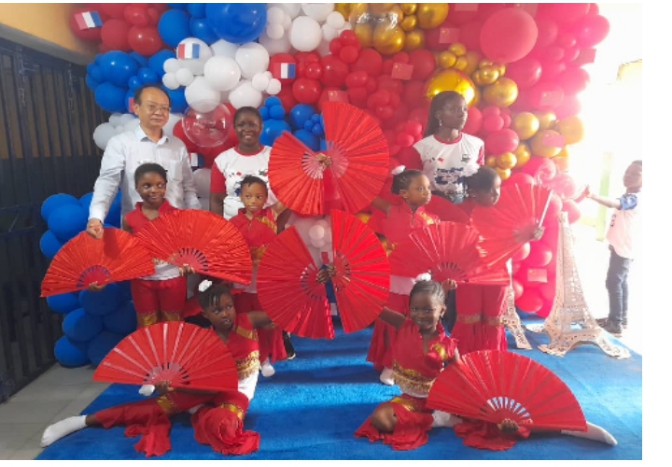 He said they have opportunities of scholarships to study in China top universities under the guidance of the Confucius Institute.

He debunked the claim that Chinese is difficult to study and encouraged the mastering of the four Chinese tones effectively to guide in their pronunciation and communicative skills.

Hongling took a tour of the school and was impressed by the first class facilities the school had. He was also impressed with the students who took every opportunity to show off their Chinese skills and knowledge.

The Headmistress of Grace Children School, Dr. Mrs Nike Akindayo, noted that the students started to learn a foreign language from a very early age in Nursery two. She said the world is a globalvillage and the importance of a foreign language cannot be overemphasized. 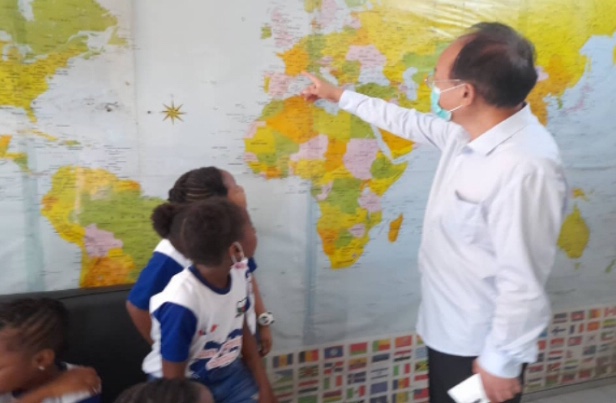 Prof Zhao Hongling discussed countries with the students on the world map.

She stated that learning a foreign language like Chinese or French will give the students access to information, better opportunities in life, improved communication skills and make them global citizens.

The School Administrator, Mrs. Olatokunbo Edun, said Grace schools has the mandate of a commitment to quality education of their students which will influence them to become global scholars.

She noted that Grace Schools was the pioneer of Chinese Language teaching in Lagos, through the support of the Confucius Institute at the University of Lagos.

Edun encouraged the students to take the study of Chinese seriously as it would take them to greater heights in their careers and life adventures.

The foreign language day celebration was filled with the students display of Chinese history, culture, philosophy and knowledge. The students thrilled the audience with their skills and performances.