DMW label boss, Davido recently splurged millions of naira on his daughter, Imade to acquire a customized pendant with her name on it.

Davido and his adorable daughter reunited some days ago and has since been having daddy-daughter moments together as seen on Instagram after his arrival in Nigeria from his tour in the US.

The father of three children acquired a luxurious pendant with the word ‘Imade’ on it from one of the most expensive jewellers in the world based in Atlanta, Icebox.

The singer who is a frequent customer of Icebox doesn’t hold back in spending when it comes to Jewelleries. He also extends his love for custom pieces of jewellery to his crew. 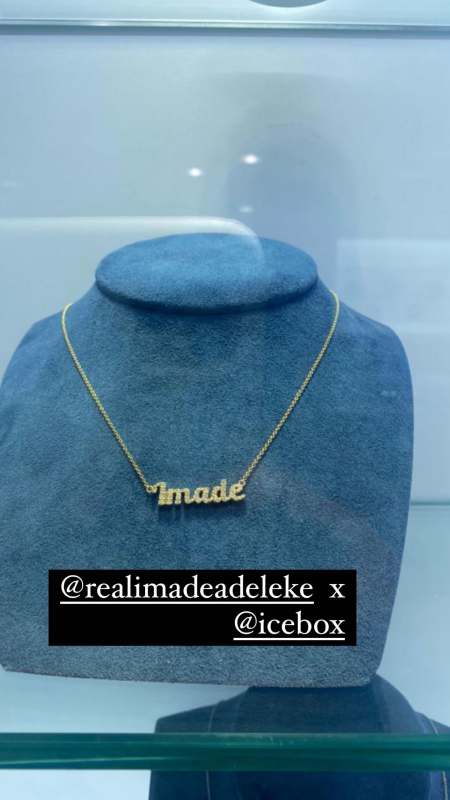